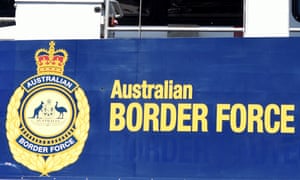 Boris Johnson has again pledged to push for a post-Brexit immigration system based on the Australian points method, a proposal that was raised many times during the campaign to leave the EU.

Details of what a UK-type system would involve are still hazy. Johnson’s camp said the idea would be to task the government’s official migration advisory committee with looking into the issue.

It remained to be seen what, if any, targets for overall net migration would be in place.

Here are the basics on how the Australian system works.

What routes to migration are possible?

For permanent migration – as opposed to temporary work visas, such as the one-year version used by many young Britons and others to work in lower-skilled jobs – Australia has a strict cap, reduced this year from 190,000 to 160,000. Of these, about a third are intended for those moving for family or humanitarian reasons, with the rest given over to skilled migrants.

There are two: people who are sponsored by a specific employer, and those who apply independently. Both routes require the applicant to accrue sufficient points to move. To gain permanent residency now requires 65 points, up from 60.

How are points amassed?

Points are given based on a range of factors, among them:

English language skills: people receive 20 points for “superior” skills, 10 for proficient and none for “competent”.

Work experience: more time in a particular occupation brings more points, with experience in Australia counting more than that from overseas.

Relevant skills: applicants’ jobs need to be on the skilled occupation list, a lengthy collection of jobs with shortages, and there are various classes of visa for which such a job allows people to apply.

How well does the Australian system work?

It depends who you ask. Some critics argue it is a blunt tool and that a strict points-based criteria can disregard other skills and qualities. The cap can also cover a significant backlog in processing people. When the Australian government reduced the overall limit to 160,000 in March there were nearly 200,000 people awaiting family visas, among them 80,000 partners, many of them already in the country on “bridging visas”.